You’ve probably heard it before: all bourbon is whiskey, but not all whiskey is bourbon. If you’re a whiskey (and especially bourbon) drinker, you need to know what that means.

The difference between Bourbon and Whiskey

By definition, whiskey (or whisky, in Scotland) is a spirit distilled from fermented grain mash — grain varieties include wheat, rye, barley, and corn — and then aged in wooden barrels. Whiskey is made all over the world and there are many popular styles including Scotch whisky, Irish whiskey, and American whiskey. The most popular form of American whiskey is bourbon, which has its own specific definition.

“Bourbon needs to be produced in America and made from 51 percent corn, and whiskey does not,” says Maker’s Mark Master Distiller Greg Davis. Bourbon also needs to be stored in new charred-oak barrels, whereas whiskey barrels do need to be oak but not new or charred. “Lastly, to be called bourbon, the liquid needs to be distilled to no more than 160 proof and entered into the barrel at 125.” For other whiskies the liquid must be distilled to no more than 190 proof. David notes that this isn’t just common practice — “it’s actual bourbon law.”

13 Bourbons for Every Occasion

Bourbon regulations are strict because in the 1800’s distillers spent a lot of time adulterating, diluting, and tampering with their whiskies. “Finally, they set some standards with the Bottle in Bond Act of 1897,” says Davis. Essentially, the act requires the spirit to be the product of one distillation season and one distiller at one distillery. “It must be bottled and stored in bonded warehouses under the U.S. government supervision for no less than 4 years. The act has made the U.S. the guarantor of the whiskey’s authenticity and therefore bourbon’s.”

Bourbon is an iconic American spirit, but it wasn’t always thought of so highly. In the early to mid-1900’s, bourbon was considered a “commodity” spirit. It was cheap, bitter, and very bad. “It’s truly remarkable to see what this industry has become,” says Davis. “What most folks don’t know is that while yes, Bill Samuels, Sr., created the recipe that changed the bourbon landscape forever, but it was his wife Marge Samuels who ideated the signature red wax seal, the label, and pretty much the entire look of Maker’s Mark Distillery.” This September, Marge is being inducted into the Bourbon Hall of Fame for her contribution to the bourbon arena.

What Makes a Bourbon: A Cheat Sheet 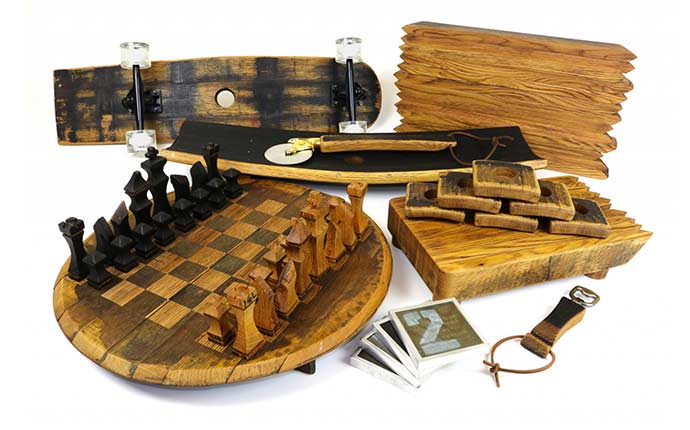 Keep in touch to be the first to find out about sales and new products!